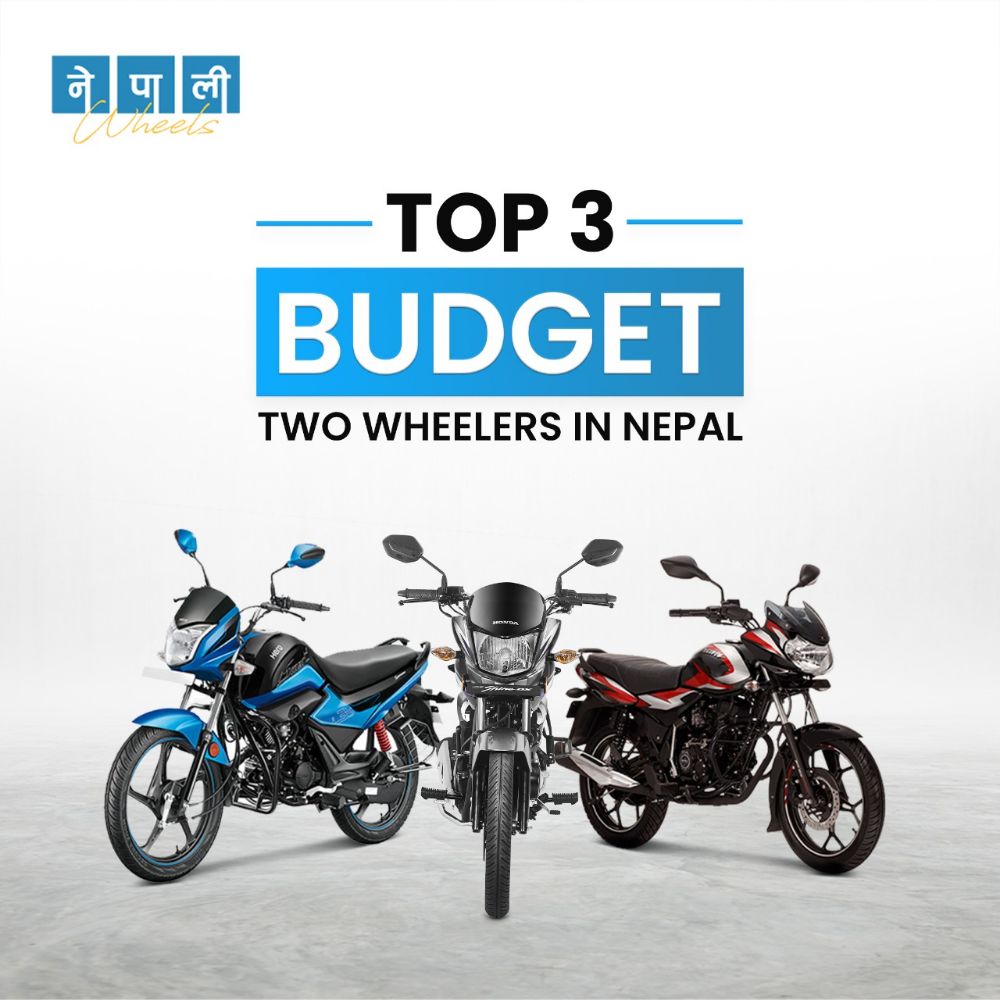 1. Bajaj Discover 125
Bajaj is a well-known name for good quality commuter bikes and are very densely seen in the streets of Nepal. The Discover variant was first launched in the early 2005’s and has been a hit ever since. The bike has a 124.5cc, Single-Cylinder, Air-cooled, SOHC, 2 valve DTS-I Engine, generating a max power of 11PS at 7500rpm and max torque of 11Nm at 5500rpm. It is provided with a 5-speed gearbox with an 8-liter fuel tank. The bikes mileage claims are at 60 kmpl. All these features make it a too-good to be true commuter bike at such a price range. It is priced between Rs. 2,00,900 to Rs. 2,21,900. Here are some of the features that make it different from many other options available:
● Modern yet Stylish Design
● LED DRL Headlamp and LED Tail Lamp
● Combination of Analog and Digital Instrument Cluster
● DC Lighting
● CBS Anti Skid Braking in Disc Variant
● Upright Seating Posture
● Telescopic Front and Twin Shock Suspension
● Easy Clutch
● Comfortably Cushioned Sea

2. Honda CB Shine
Honda has a very wide range of two-wheelers spread out across various sectors of the two-wheeler market. CB Shine is one of the most famous commuter bikes manufactured by Honda. It has a 125cc, air-cooled, single-cylinder, 4-stroke, SI engine with BS4 complaint and delivers 10.57 bhp of max power at 7,500 rpm and 10.3Nm of peak torque at 5,500 rpm. This bike is equipped with a carburetor motor connected to a 4-speed gearbox. Its top speed is estimated at 93 Kmph. with a 10.5 litre fuel tank, its estimated mileage is 60 kmpl. It is priced between Rs. 2,49,900 to Rs. 2,59,900. Here are some of the features of the Honda CB Shine:
- Modern Look with graphics and a 3D emblem
- Automatic Headlamp On (AHO)
- Trendy Black Front Visor
- Shiny Chrome Carburetor Cover
- Chrome Finish Muffler
- Honda Eco Technology (HET)
- 5 Step Adjustable Suspension
- Tubeless tyres

3. Hero Splendor iSmart 110
Hero is also one of the few two-wheeler manufacturers that produce well built commuter bikes at affordable prices. Hero’s Splendor is well known for being Hero Moto Corp’s very first ingeniously produced and manufactured motorcycle. This bike has a 109.15cc, single-chamber, air-cooled, OHC motor engine that can produce a maximum force of 8.98bhp at 7500rpm and a maximum torque of 9Nm at 5500rpm. Its gearbox is matted with a 4-speed transmission setting. With a 8.5-liter fuel tank, its estimated mileage is 55 kmpl and has a top speed of 92.1 kmph. Its price is Rs. 1,83,000. Some features of the iSmart 110 are listed below:
- Simple design with sporty graphics
- Continuously Headlamp On (AHO)
- Combination of analog and digital instrument console
- i3S Technology
- BS6 Complaint
- Tubeless tires
- Upscale Split Grab Rails