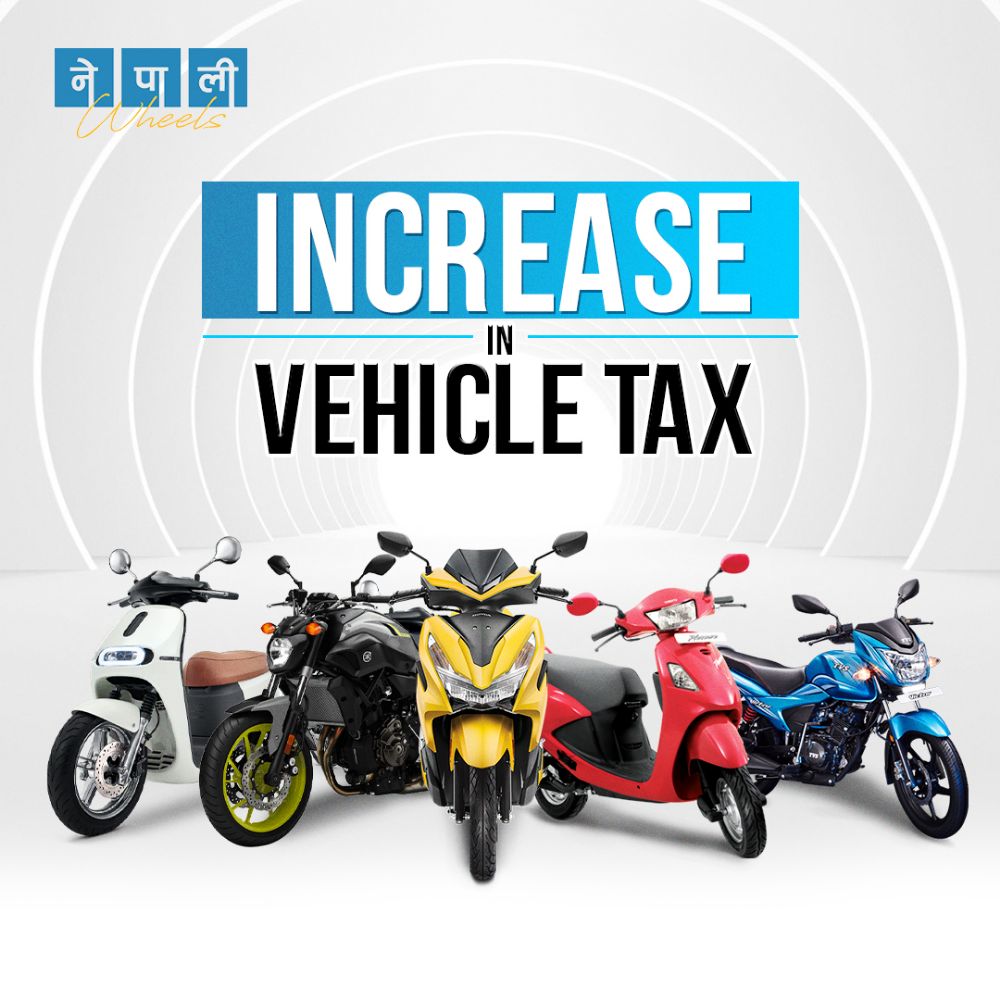 On May 29, 2022, the new Budget Statement of 2079-2080 of Nepal was announced by the Finance Minister. This recent statement has brought many changes and amendments in the plans and policies regarding the country's revenue streams, financial provisions, its capital and more. The event that was highlighted the most was the increment in the applicable customs duty and excise duty on import of luxury goods. These goods were products such as cigarettes and tobacco related products, alcoholic beverages and specially automobiles except for ambulances and hearses, motorcycles above 250 cc. This greatly impacted the Vehicle tax policy for the fiscal year of 2079/80. The import tax for cars, motorcycles, trucks, and scooters is subject to 288% which obviously seems utmost to westerners. From the amendments that were made on the taxation policies, we can see that the Excise duty on motorbikes with reciprocating internal combustion piston engines of a cylinder capacity exceeding 250 cc but not exceeding 500 cc has increased by 10%. Further, the excise duty on cars with a capacity of 1,500 cc to 2,000 cc has been increased from 70% to 75%. The duty on 2,000-2,500 cc cars has been increased from 80% to 85%. The excise duty on automobiles with an engine capacity of more than 3000 cc has been raised by 5%, that amounts to 105%, according to the Finance Bill. The table below shows the taxation changes on Two-wheelers for the fiscal year of 2079/80: CC Yearly Tax

100-200 30%
201-300 45%
Greater than 300 60%
In contrast, the excise duty on motorcycles with a capacity of 125 cc to 200 cc has been reduced from 50 percent to 40 percent. To support local production and manufacturing plants, Customs duty of only 1 percent will be levied on parts and raw materials used in manufacturing electric three-wheelers and two-wheelers in a bid to promote domestic production of electric vehicles. With the above mentioned amendments in the Vehicle Tax Policy of 2079/80, the Nepali citizens are already going through a crisis of price hikes and incremental inflation rates, vehicles and other goods are getting relatively pricier. Especially talking about the electric vehicles, this budget statement may contradict the countries plans on obtaining electric mobility sources on 90% of the private vehicles and 60% of the public vehicles by the year 2030.